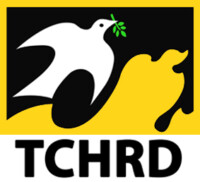 The Tibetan Centre for Human Rights and Democracy (TCHRD) released yesterday a major report, Distorted Development: Chinese Discourse on the Right to Development and its Implementation in Tibet, that highlights how Tibet offers important lessons on the limitations of the Chinese model of development. Over many decades, China has imposed on Tibet the model of development it now seeks to export worldwide, informed by the Chinese definition of the right to development.

China’s role in international development is growing rapidly. China, self-identifying as an exemplary leader of development, already vigorously exports its development model globally. Indeed, governments worldwide are attracted to what is exported by China as “leap-over” development, understood to be a short cut to development and modernity.

In such a context, China’s influence on development discourses will continue to grow, as will the acceptance of China’s definition of the right to development. If China is going to lead international development, the development community needs to properly understand what it is offering.

The report further reveals how the Chinese model for development when practically implemented through a statist, top-down model, is inconsiderate of, and as a result damaging to, the collective rights of already marginalised and disempowered groups. China’s model, formulated in Beijing, is driven by state interests and political agendas that seek, in the case of Tibet, to assimilate the region and its people into the framework of a single Chinese national identity rather than to meaningfully improve the lives of Tibetans. China has sought to use Tibet to vaunt the supposedly exemplary Chinese development model and the region has become somewhat of a laboratory for Chinese development projects and approaches, as well as a showroom for delegations from developing countries to see what Chinese development can achieve.

More importantly, the report highlights Tibetan perspective and approaches to development, and thus dismisses official Chinese rhetoric that portrays Tibetans as uninterested, or apathetic to developing themselves.

The recommendations included in the report, if implemented, can help rectify the great damage done to Tibet through the imposition of a hostile model of development as well as help prepare and inform both the international development community and the human rights community to the realities of Chinese development in Tibet.